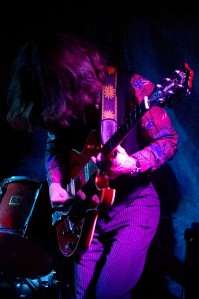 A heapin’ helpin’ of Universal Mystery and Multidimensional Love upstairs at Staves Brewery (Glebe, Sydney) the other night when Mysterious Universe teamed up with 3D Love for a night of alt.rootsish (stick that in the dictionary pronto!) vibed music. 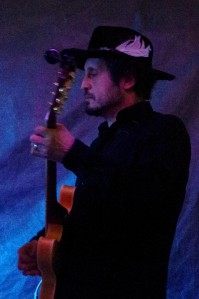 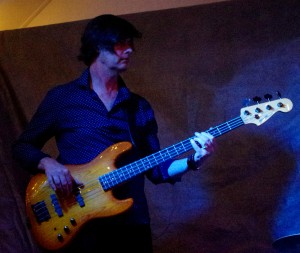 I took on the job of kicking off with a solo Starfired set, then 3D Love moved on in with their double-vocal attack. Finally the rest of the Mysterious Universe joined in for a full serving of our regular program, spiced up by doing the last three songs on the Guild Starfire archtop instead of the electric mandolin. 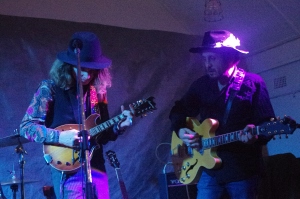 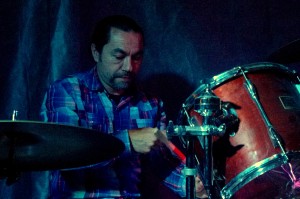 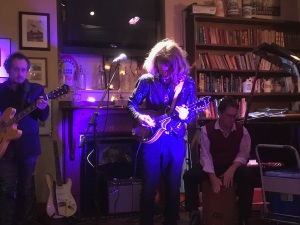 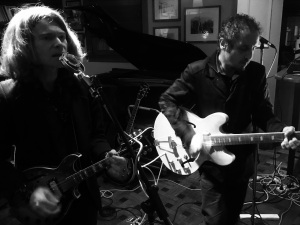 Which brings us to October 21st, when Mysterious Universe show up at Staves Brewery in Glebe, Sydney (near Broadway Shopping Centre in Grose Street) to share the bill (and surely a brew or two) with the fabulous 3D LOVE, who have a fantastic sound and superb original songs in what has been referred to as a ‘glam-folk’ vein. 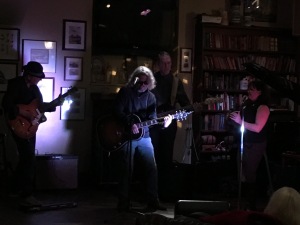 Come along to Staves and lend them your ears!

The music kicks off at 8pm and there ain’t no cover charge.

With a quarter of Mysterious Universe marvelling over the rhinos and elephants of Western Plains Zoo way outback near Dubbo, we played a pared-back set to the punters of Gasoline Pony a fortnight or so ago. Many thanks to Luke Collings of Greasy Lake, who stepped in for six-string duty on our last number You’re Mine, which he made his with some top harmonies thrown into the mix as well.

Anyhow, we’re back to four on the floor this week. On Wednesday July 26th, the full-strength Mysterious Universe touches down at the Town Hall Hotel in downtown Newtown to plant some electric mandolin and other sounds in this good earth. 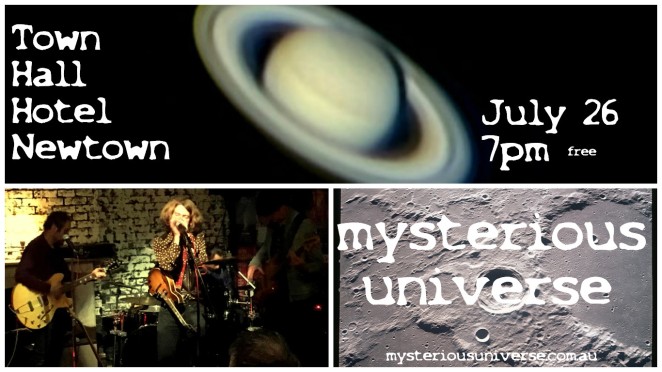 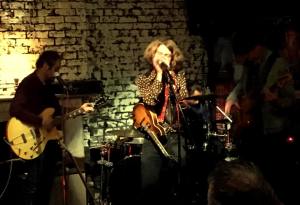 BMW Bar, Glebe (Sydney), 6 May: The wall looks rather Cavern Club-esque, ‘cept maybe for the eight miles high ceiling. The vibe was rather good last Saturday night with our old friends the 60s garage rockers Flipped Out Kicks (who loaned us an excellent home-made amp – thanks guys).

The night also featured a couple of new twists to the mystery of our modest little universe, both expected and unexpected. First we added guitar to the Mysterious Universe mix for the first time (that’s it lurking in the foreground in the second pic down there) and got a bit carried away, so one song (You’re Mine) hit the 9-minute mark. 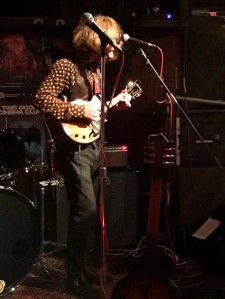 But lan’sakes, there was still time to kill, so out came the mandolin for a new song’s debut, too new even for the other guys to play along with it, so it decided to take off solo, more Yuri Gagarin than Apollo 11. One small step and all that.

Huzzah! We’re doing Gasoline Pony with Luke Collings’ Greasy Lake and Alister Marshall on July 12. Gasoline Pony, as many will know, is a small bar in Marrickville Road, Sydney, near the Victoria Rd corner. Doctor Google tells us Gasoline Pony equals “Craft beers, bar food and live music in an eclectic, arty space with a courtyard and a relaxed vibe”. Thou hast indeed spoken truth, Doctor Google. My hindbrain recalls that a gasoline pony is slang for motorcycle. Is that true, or just something half-remembered from some kind of Russ Meyer movie?

We’ve had a lull, lapsing into mystery maybe, although the truths are more mundane than that; we just haven’t got it together lately what with life being life. But enough pre-amble! You don’t want to wade through that. This is the internet, not a place of reflection (except in the sense being the new global pool of Narcissus, but let’s not get into that). So back to skimming. I’m going to quickly say that Mysterious Universe is doing a bar in Glebe on Saturday night and y’all are most heartily invited to check it out. Also on the bill is (are? the plural/singular grammar of band names sorely vexes me; no, actually I don’t care) The Flipped Out Kicks, 60s garage in style and probably louder than us, though we get up a fair volume for a band playing lead mandolin… 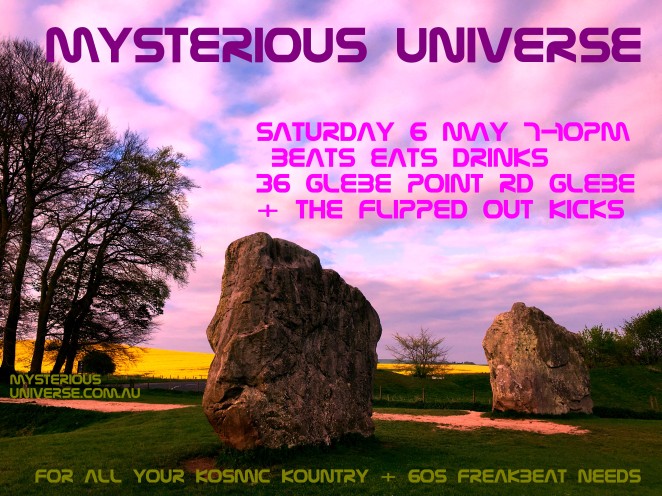 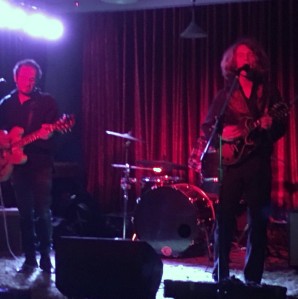 Friday night at Petersham Bowling Club – seriously cool venue, lotta people and a floor with feedback – the punk bands downstairs had the ground humming hard (so that explains that line in Whiter Shade of Pale…) even through the stage’s shag-pile carpet, so we cranked up to eleven to drown out our floor. A jolly good show and hats off those we supported, the fab Flipped Out Kicks and The Resurrection Men (who resurrected many a rock classic)

This is a text widget. The Text Widget allows you to add text or HTML to your sidebar. You can use a text widget to display text, links, images, HTML, or a combination of these. Edit them in the Widget section of the Customizer.
mysterious universe
Create a free website or blog at WordPress.com.